From BuzzFeed REPORTING TO YOU

Around 1 in 4 high school students has vaped in the last month, according to national surveys. 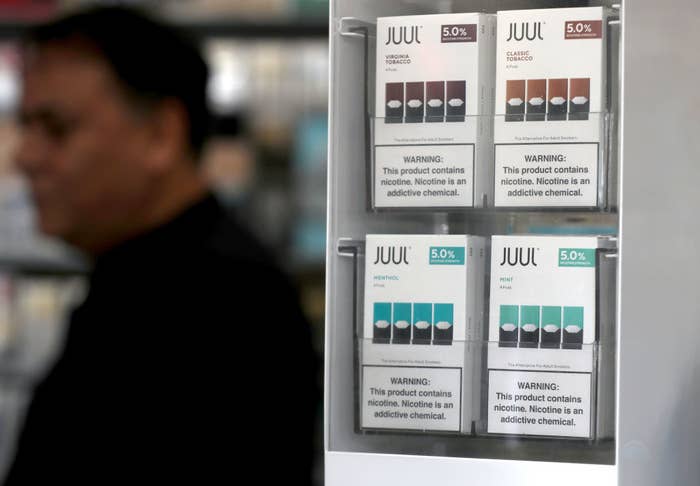 The Trump administration on Thursday announced plans to bar sales of flavored e-cigarette cartridges, except for menthol and tobacco flavors.

"The United States has never seen an epidemic of substance use arise as quickly as our current epidemic of youth use of e-cigarettes," Health and Human Services Secretary Alex Azar said in a statement about the change, which goes into effect in 30 days.

The FDA released its statement announcing the new policy on Thursday, saying the move was not a "ban" but an announcement prioritizing the agency's law enforcement powers against tobacco products. The agency "has attempted to balance the public health concerns," the statement said.

The move would exclude refillable vaporizer liquid flavors also sold in vape shops. Unlike the cartridges, which are commonly used in e-cigarette devices like Juul, the exempt liquids are used in vaping devices that come with a refillable reservoir tank.

The partial flavor "enforcement policy" comes as a retreat from the president first saying he would ban all flavored vapes in early September. Last month, Trump signed the federal spending bill that raised the age to buy both tobacco cigarettes and e-cigarettes to 21, up from 18 nationwide. That age increase covers flavored nicotine liquids sold to refill larger vaporizers, which are exempted from the new ban.

In November, survey results reported by the Journal of the American Medical Association suggested that more than 1 in 4 high school students (more than 5 million teens nationwide) now use flavored e-cigarettes monthly, a significant increase from last year that alarmed public health officials. Mint was the most popular flavor among high school students, according to the surveys, followed by mango. 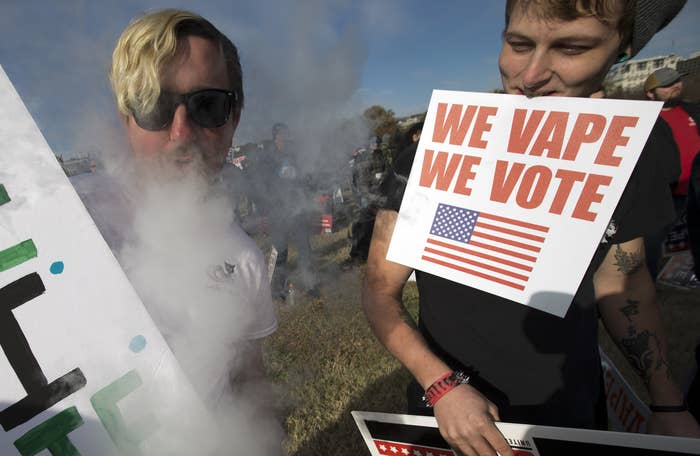 In October, the e-cigarette giant Juul announced the suspension of US sales of mango, creme, fruit, and cucumber flavors, but not mint and menthol flavors. The company added mint to its suspended list in November, following the release of the JAMA results about teens' use of flavored e-cigarettes. Fifty-nine percent of the students surveyed reported using Juul, by far the leading brand used among high schoolers.

Much of the furor over e-cigarettes has sprung from a nationwide outbreak of vaping-related lung injuries that peaked in September, now at more than 2,500 cases nationwide, with at least 55 deaths. Although those cases largely appear to be related to vaping of illicit THC-containing liquids in refillable devices, pressure has increased on public officials to stem use among teens of e-cigarettes amid the outbreak.

At a November face-off between cigarette firms and public health officials, Trump expressed worry that a full flavor ban would drive both kids and adults to the illicit market and lead to more deaths. The FDA's top tobacco official, Mitch Zeller, had suggested in December that legally the administration couldn't exempt vape shops from a ban in congressional testimony. On Thursday, he told reporters "the immediate actions are expected to have minimal impact on vape shops" in a telephone briefing for reporters on the announcement.